Recently Tahlia from Wylde Folk Studio held her annual Christmas Mini Sessions, and as soon as she released the date I booked us in! As you know I work with Tahlia for Champagne S’il Vous Plait and she has previously taken our family photos (see here for a trip down memory lane… Bambino & Bebe look so small!) and I just adore her style. The boys are also really comfortable with her now and I love how Tahlia is able to capture their personalities perfectly with her photos, even when I’m so sure there would be no way she could have got a decent photo from them she surprises me with magic. 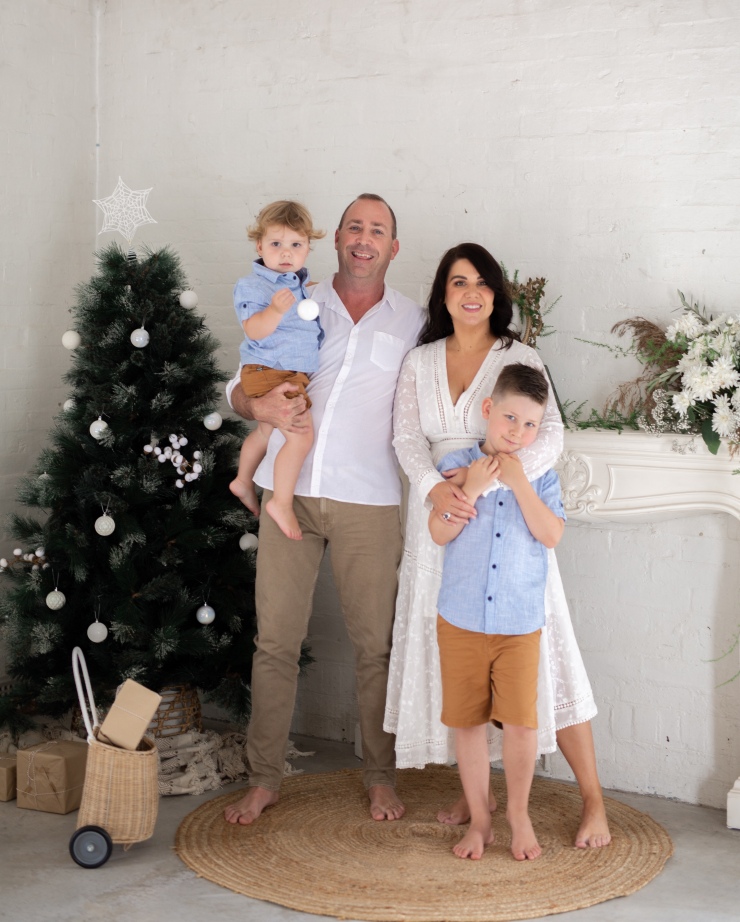 Tahlia had two sections set up at the shoot, a gorgeous vintage couch with wreaths behind it on the wall and a Christmas tree with mantle. The set up and fauna were styled by Bonnie Blue Vintage Hire and looked amazing! 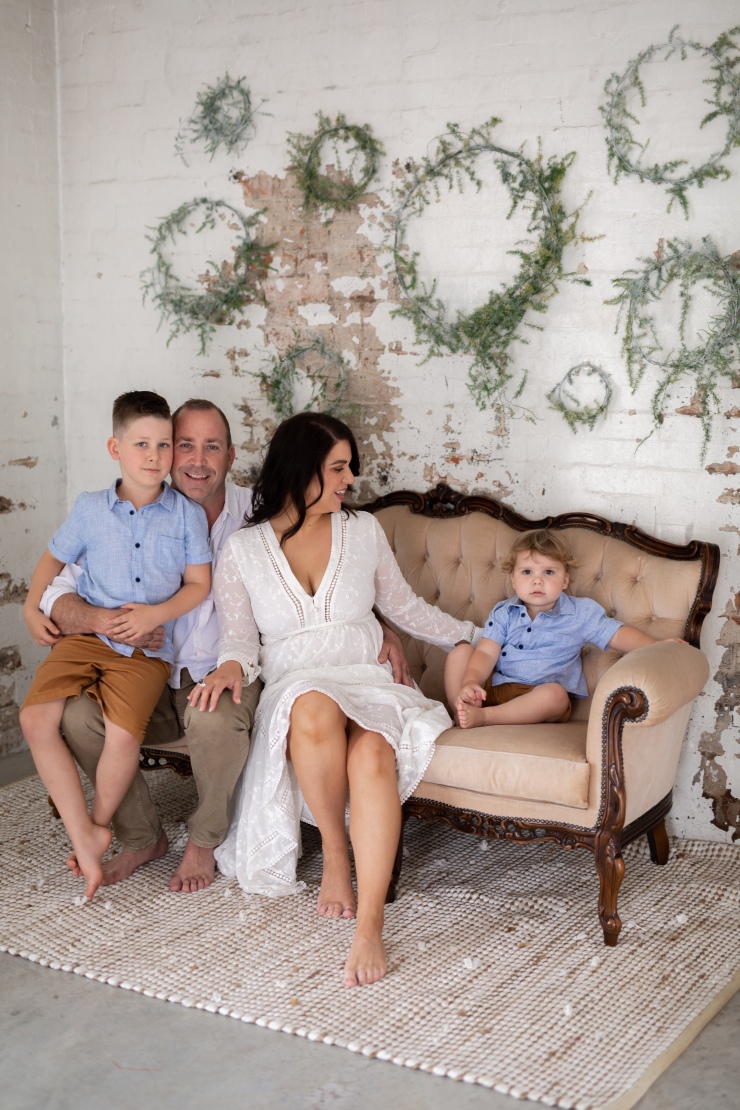 The shoot only went for 20 minutes, which doesn’t sound like long and flies by when you’re trying to corral crazy boys into some sort of organisation! Yet Tahlia managed to capture SO many different photos, even one of me when I was spinning Bambino around trying to distract him before I quickly ran and popped him on the couch for a boys only photo! 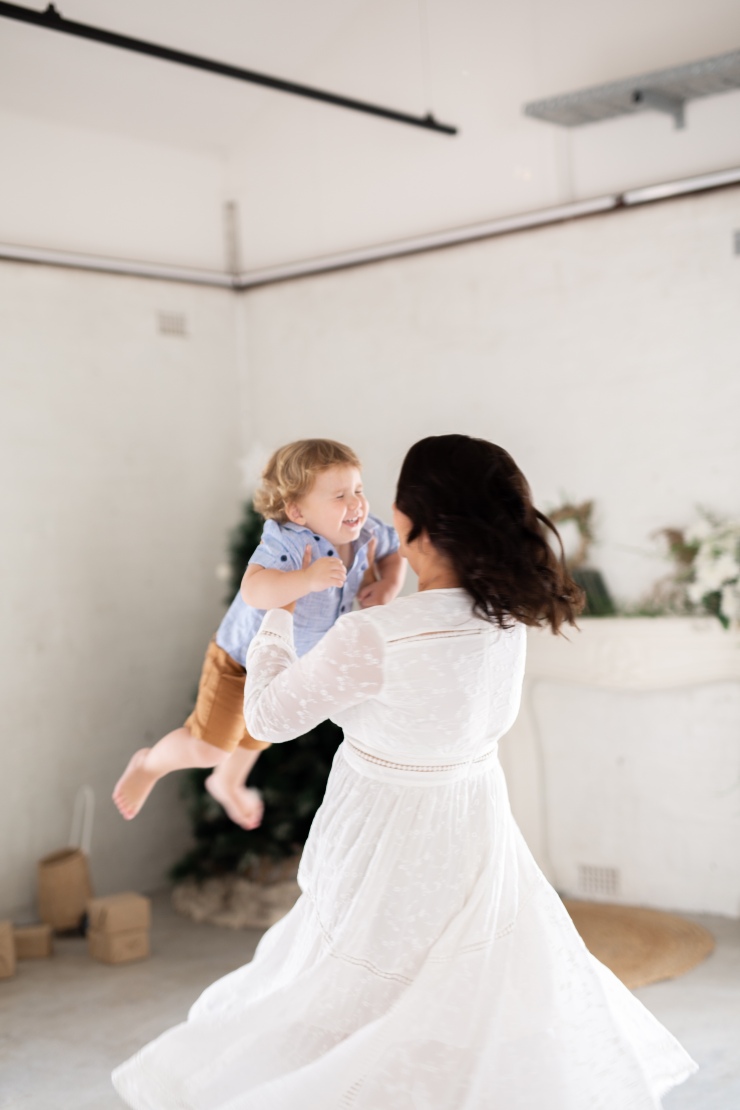 The spinning photo (how I love his little face), and the after photo… 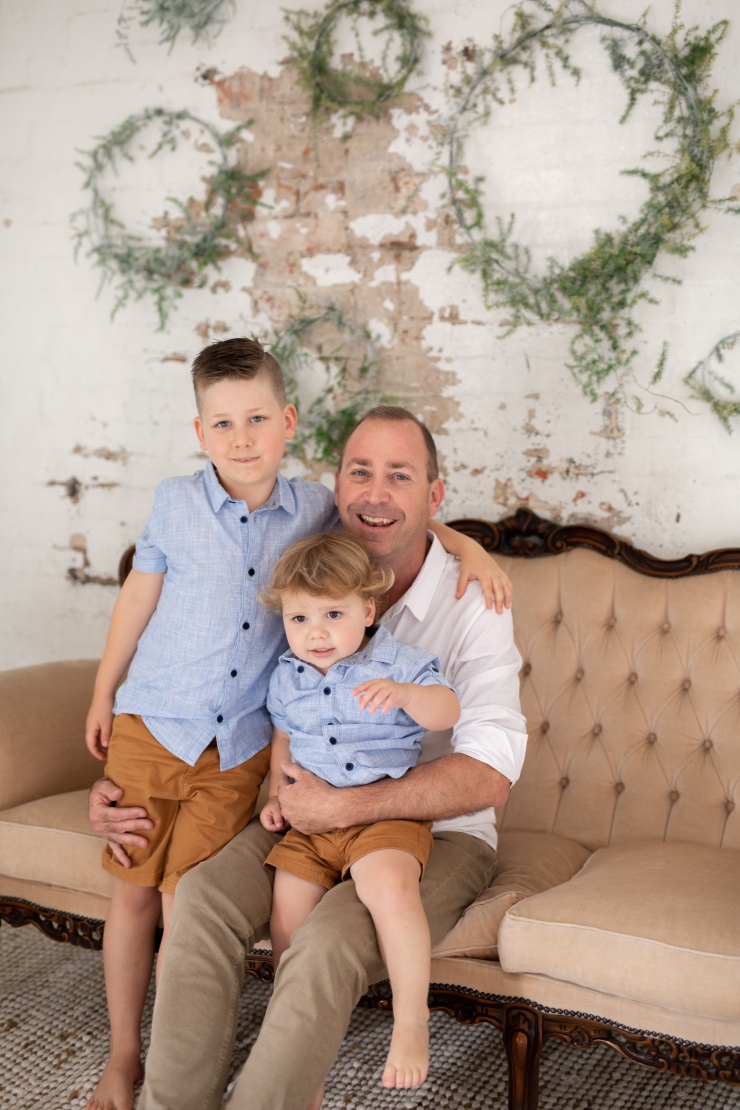 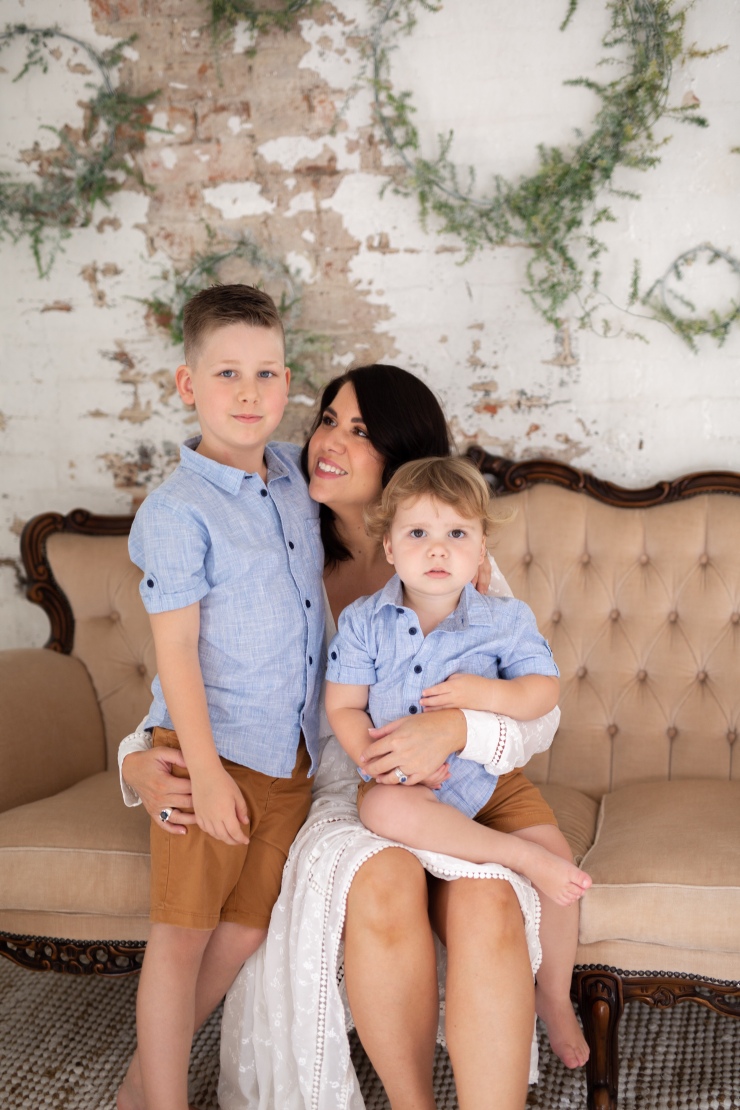 I dressed the boys the same (of course) in pieces from Target. They wear the Textured Dye Shirt and Chino Shorts. I wanted us to be quite dressy, but also have bare feet. Hubby was very confused with my styling! Ha ha! 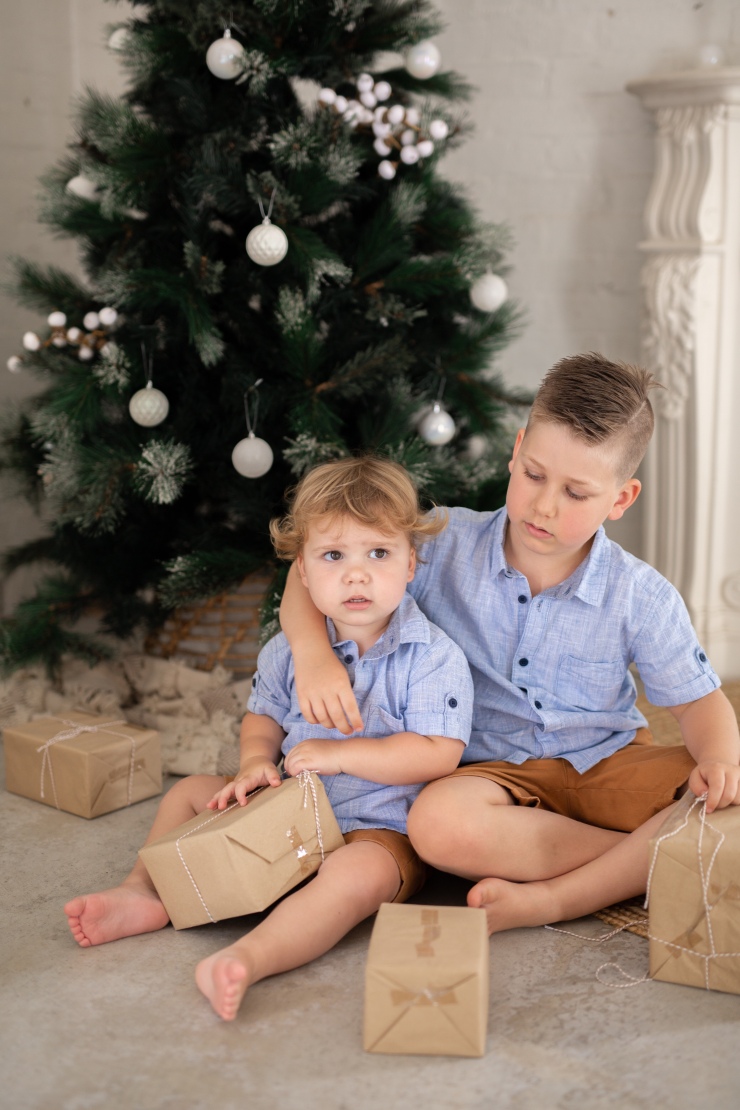 Of course the boys actually unwrapped some of the presents Tahlia had under the tree. 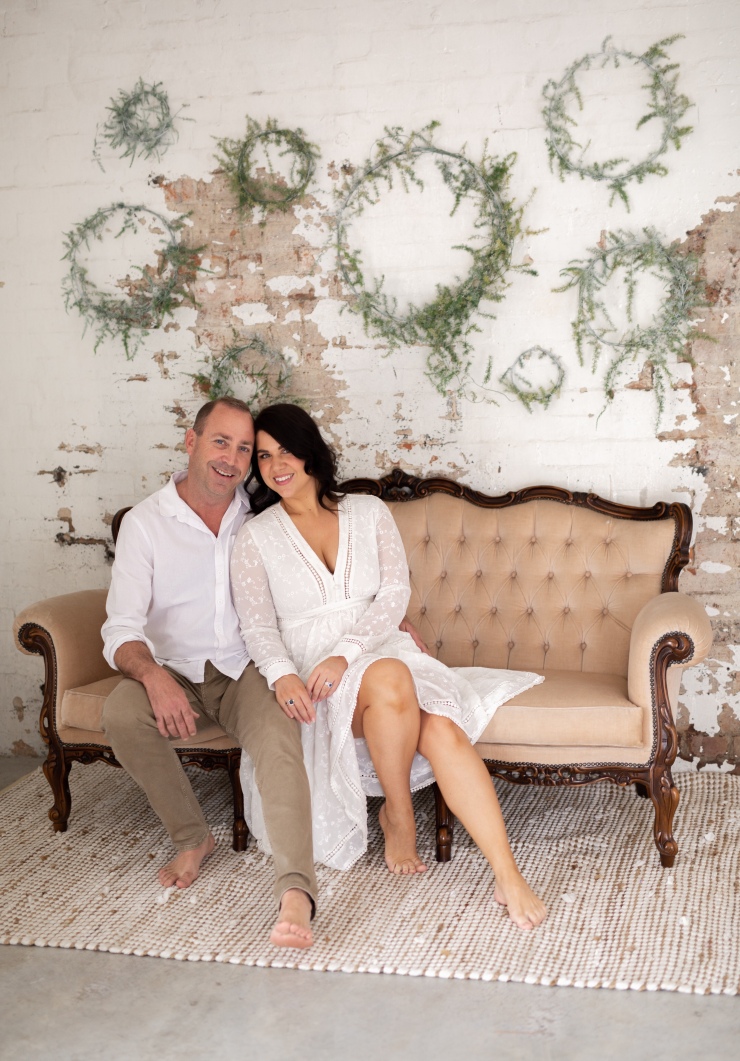 Hubby wore the linen shirt from ASOS that we bought last year for Bambino’s first birthday, and Target Phoenix Slim Coloured Jeans we bought earlier this year for Mother’s Day photos. I wore a Feather & Noise dress from a few years ago and my new UberKate Jewels London Blue Topaz Duet Ring. 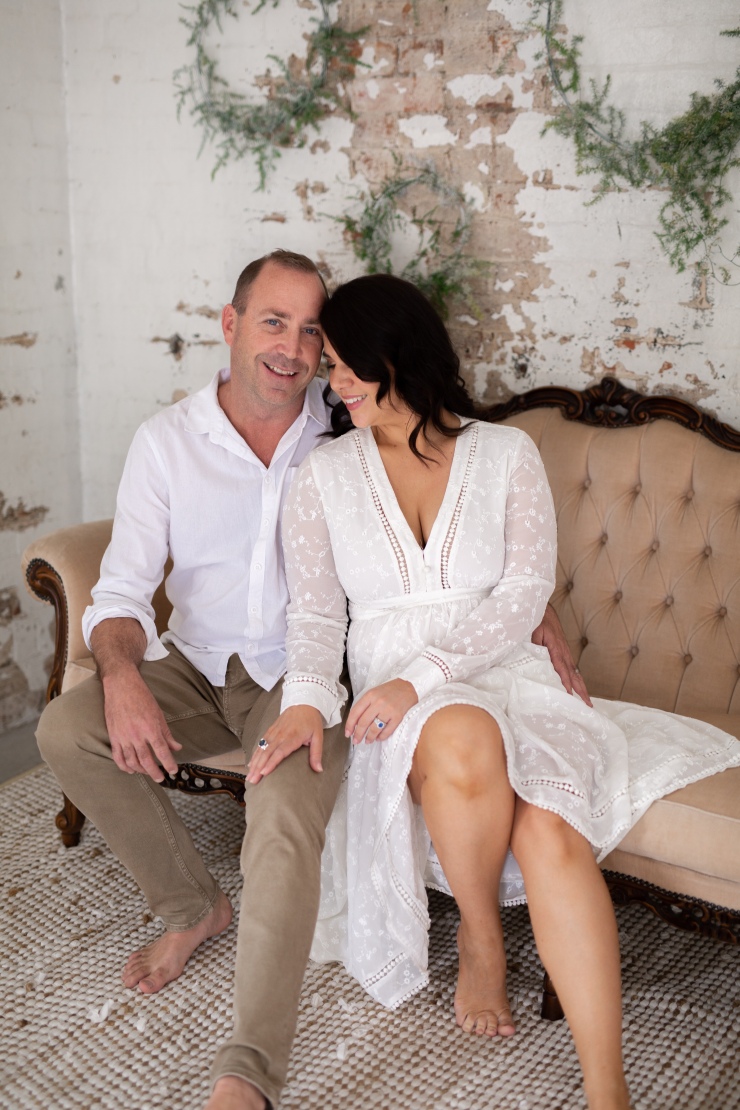 Isn’t it amazing how few photos you have as a couple ALONE once you have kids. We’re so guilty of not having many so it is so special that Tahlia captured some for us!

The twins! I think that Bebe and Pete look the same, and Bambino and I look alike. What do you think? 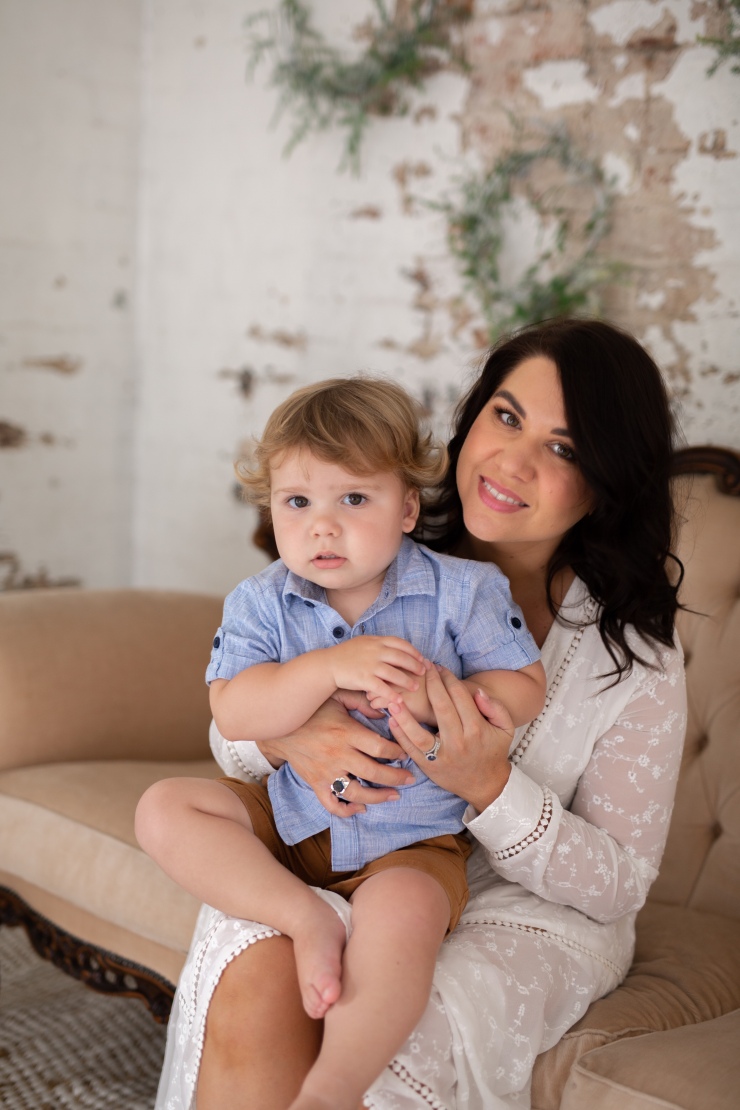 And a few more because I love them so much! 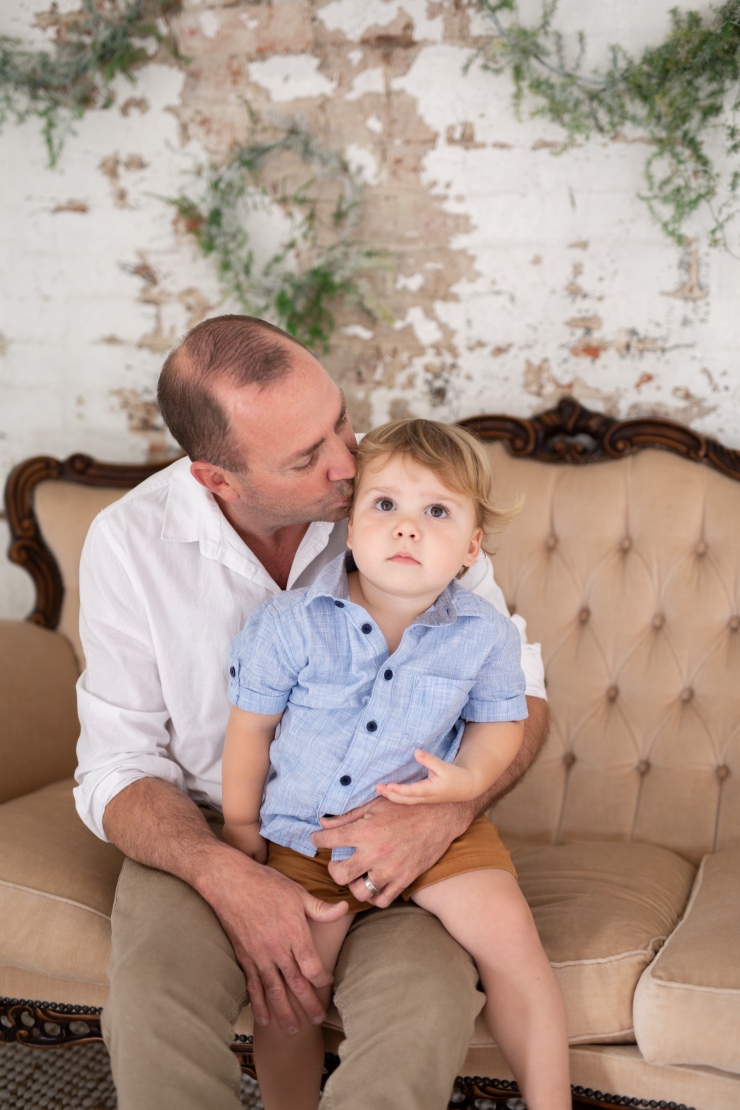 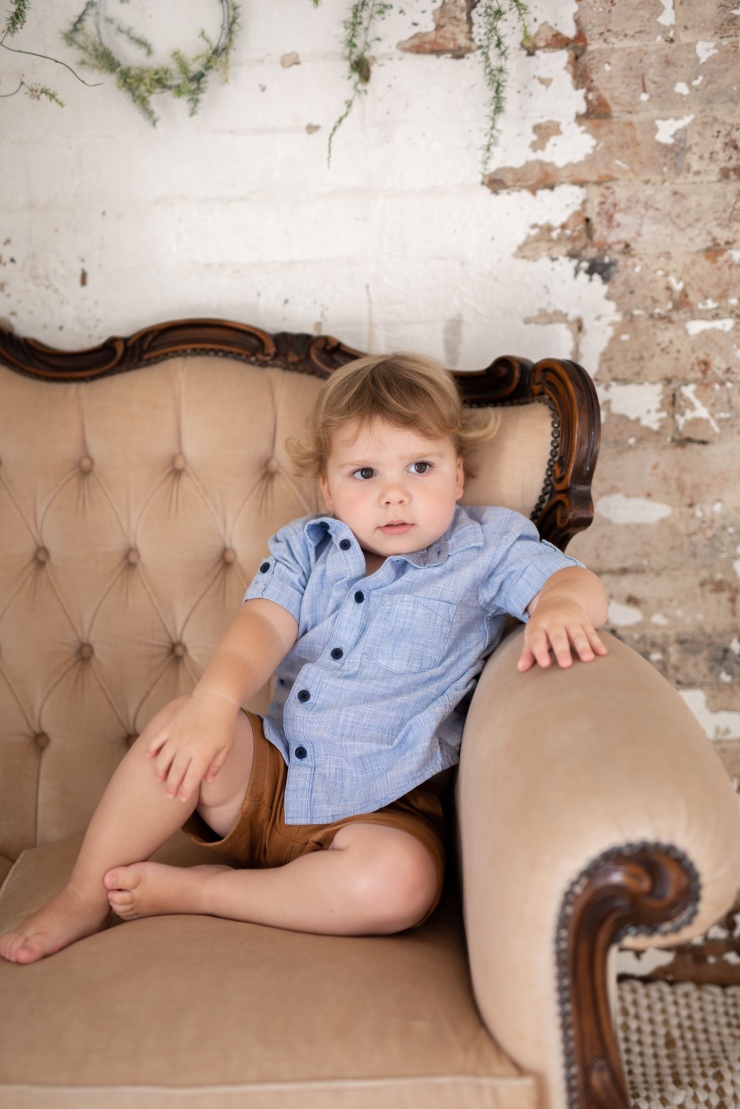 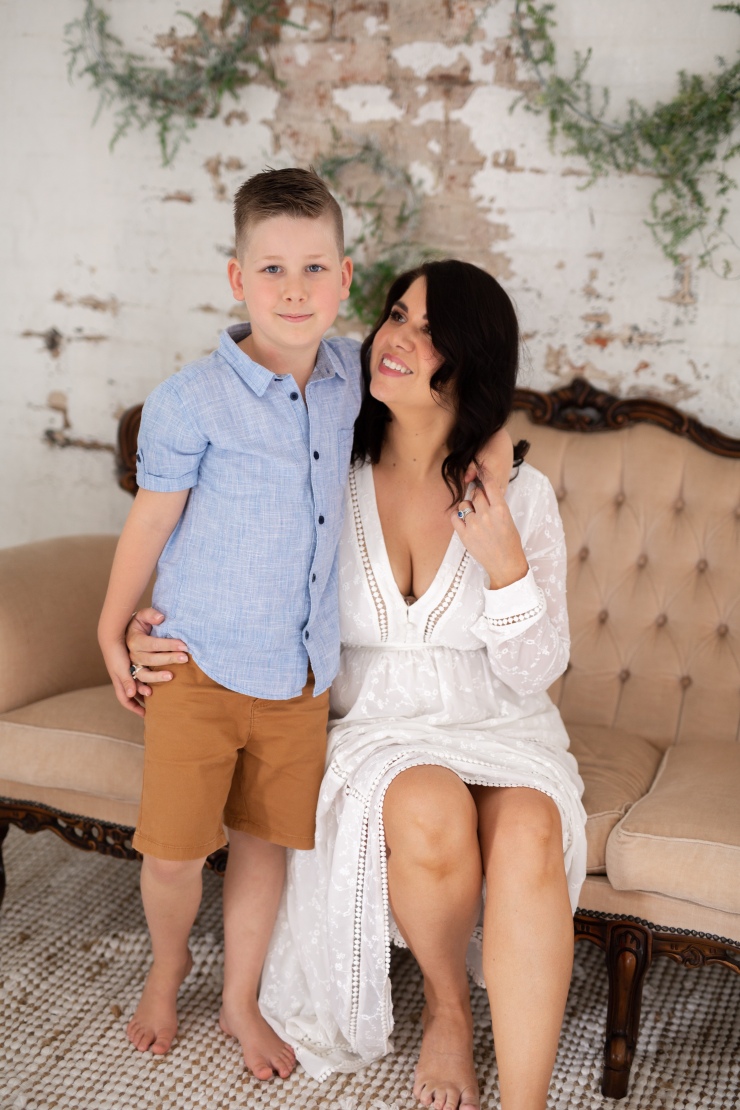 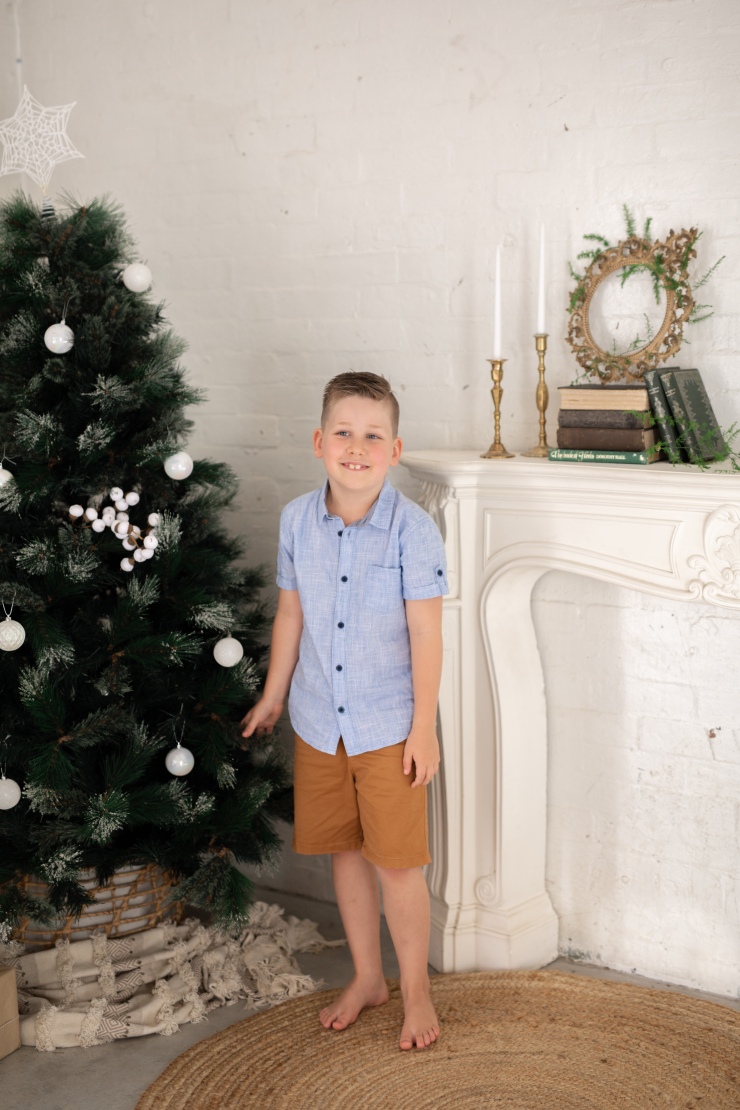 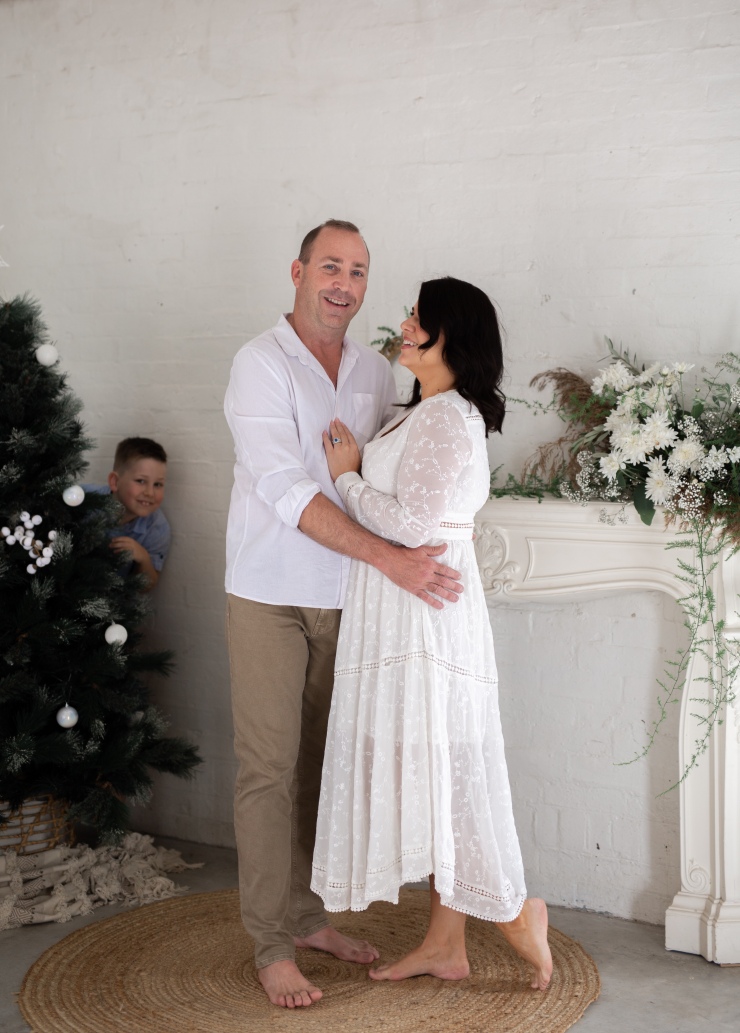 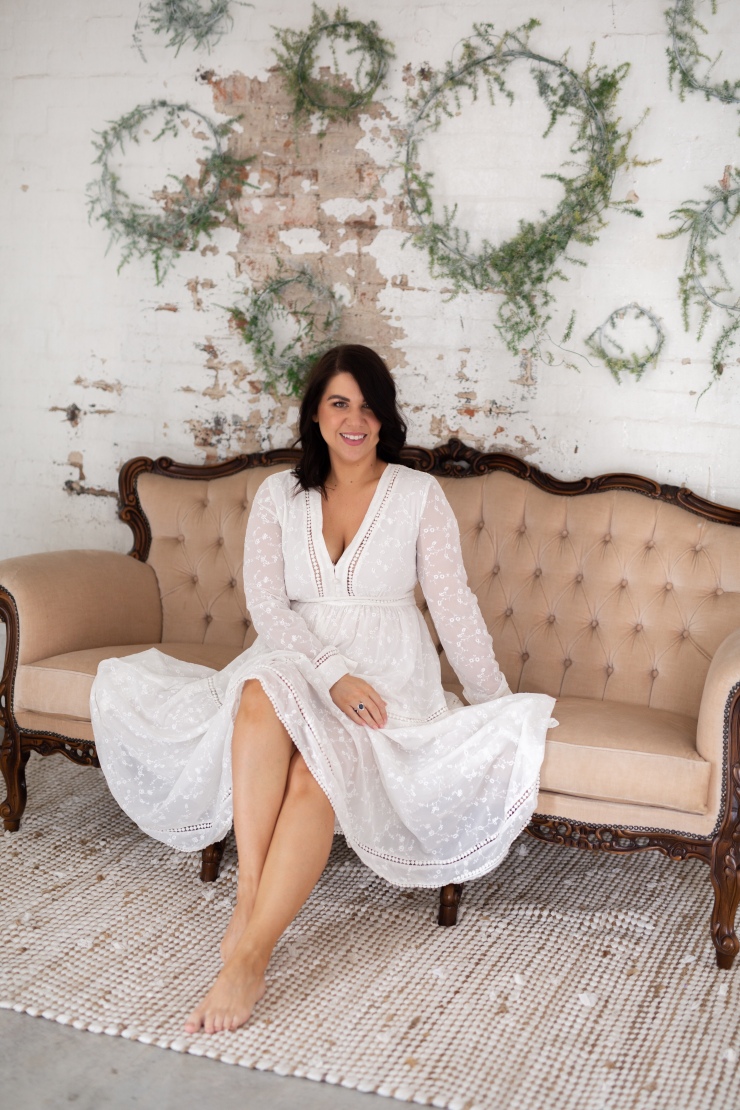 When was the last time you had family photos done?

(I paid for our session with Tahlia and I highly recommend you book one with her too if you’re looking for family, newborn, maternity or even wedding photos!). 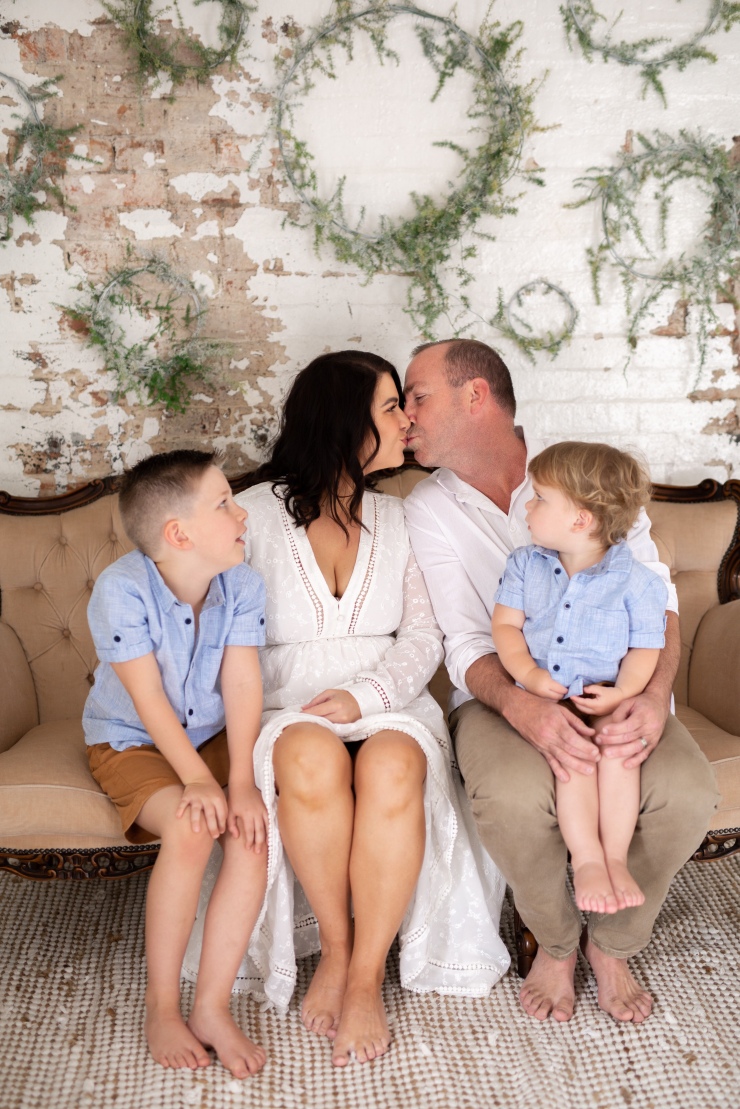 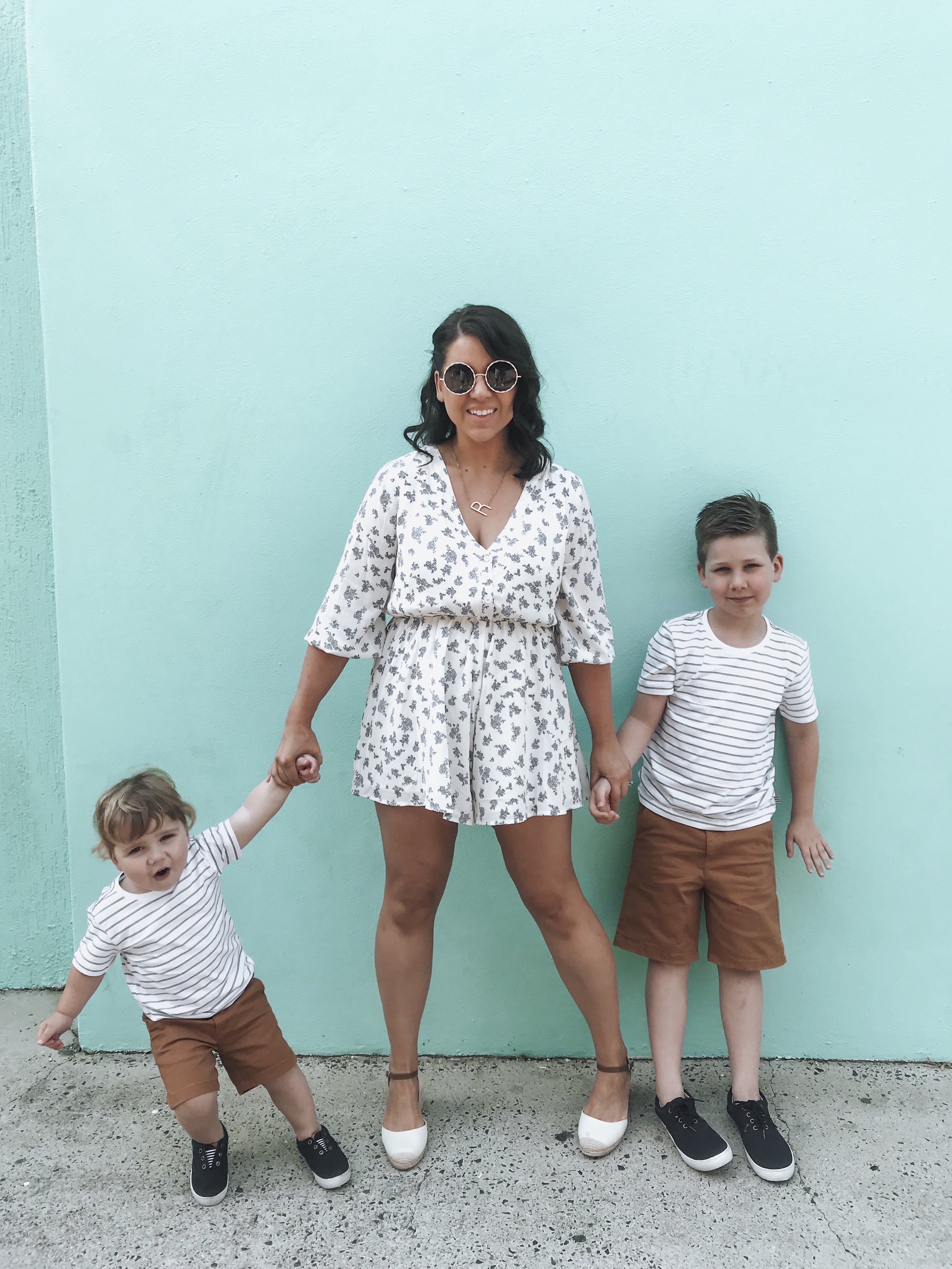 Hello & welcome! I’m Rachael, a mid 30’s Mama of two beautiful boys who loves a fabulous outfit and a cheeky glass of champagne.