This year the theme was Farm (we do a theme each year) because Bebe LOVES animals. Gingham, plaid, red and animals were abundant… well maybe not the animals… being 8 months pregnant AND because Bebe invited is ENTIRE kindy class, we decided that a baby animal petting zoo would be the best entertainment for the party and unfortunately the company decided not to show up!

Despite being booked in June, confirmed in July AND the morning of the party for some reason they were a no show and haven’t returned contact since. Luckily we’d kept it as a surprise for Bebe so he wasn’t devastated that they didn’t show, and the 15 children who celebrated his special day with him kept themselves entertained with the trampoline, sandpit and cubby house.

Naturally we dress in themed clothes as well 😉 so some matching plaid ‘farmer’ shirts were donned by all. Is it bad that I love us all in matching outfits? I dress Hubby & Bebe similarly quite often, I think I should join in more often! haha!

I made the cake, well assembled the cake, myself this year. I’ve actually only made one other of Bebe’s birthday party cakes (Third Birthday Construction Theme – lots of smashed chocolate and mini trucks, easy!) as I like them to be the centrepiece of the food table so leave them to the professionals! I bought two pre-made 16″ mud cakes from Bake Boss  stacked then iced them using the amazing Rich’n Smooth™ Tropic which is so much nicer than traditional buttercream, not as sweet and sugary and looks smoother and glossier. Lastly I added the cake toppers I had purchased through eBay and we were done! The cake was a hit, and very tasty, and I used the left over icing on the cupcakes, once container makes A LOT of icing!

I made my life a LOT easier by ordering Coles Online Deli Platters and having them delivered on the morning of the party. Everything was so fresh and tasty, I am definitely making use of them more often! Dianne (Mum Buns & Heels) brought the mini pies and sausage rolls, because what is an Australian kid’s party without them!

Speaking of Dianne, how cute is her little Leo dressed as a farmer too! Love it when guests dress in theme too! 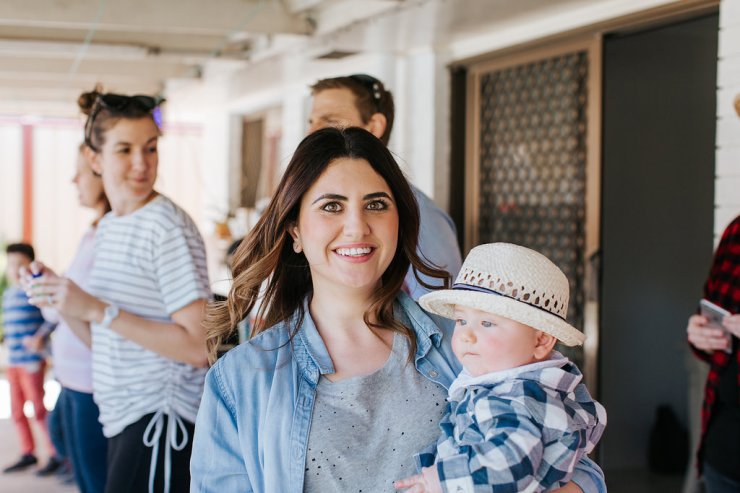 I love doing favours that people will actually use, and this year our favours were the fabulous Micador Egg Chalk from Peter’s of Kensington. Totally in theme, and the Egg Chalks are super-easy to hold, egg-shaped pieces perfect for a little one’s tiny grip. They’re designed to be fit snugly inside the whole of a little hand so they’re great for chalk-boards and big areas.

We bought a heap of bubbles from Kmart and the kids absolutely had a blast blowing, chasing and popping them. It’s such a joy watching children play and enjoy themselves, especially with simple things such as bubbles.

Grayson’s Godmother does a Piñata for him every birthday and Christmas, and the kids has an a great time lining up and taking turns giving it a giant whack. We tried not to be too concerned that most of them enjoyed hitting the pony’s head the most :O 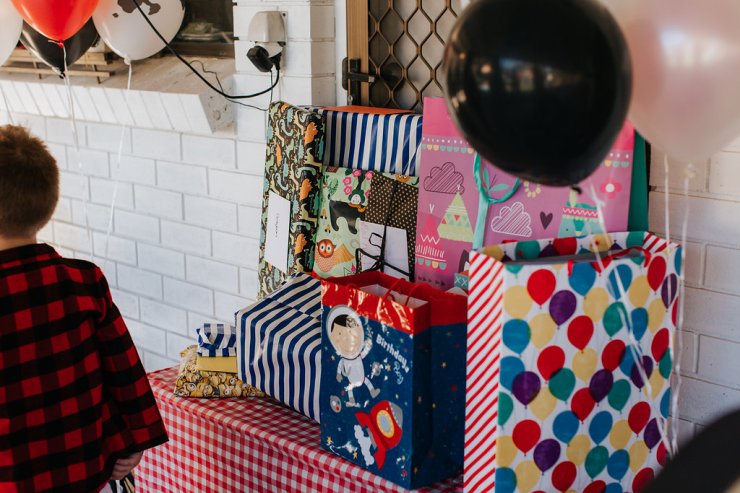 Not pictured, but the invitations and thank you cards that used were from Paper Eskimo, I adore their products the quality is exceptional and the packs are so handy with everything included. We’ve used the Big Foot Dino (Dinosaur themed 2nd Birthday) and Roll Up Circus (Circus themed 4th Birthday) invitation packs previously as well. 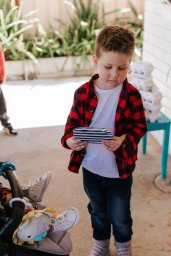 A big thank you to Kym from Kym Renay Photography for coming and capturing such gorgeous photos of Bebe and his party. The animal farm being a no show didn’t phase Kym in the least and the photos she captured of the children playing together are just stunning. It’s rare to find a photographer who finds the most beautiful moments amidst the chaos of a party and manages to capture them so perfectly! So many perfect moments for us and our guests to treasure forever.

Happiest of birthdays to our darling Bebe, the apple of our eye and love of our life. We adore you and love watching you grow (even if I’d prefer you stayed little forever), the human being you already are is so amazing, gentle, loving and pure perfection.

Hello & welcome! I’m Rachael, a mid 30’s Mama of two beautiful boys who loves a fabulous outfit and a cheeky glass of champagne.